Plazmites are small bug-like creatures that spend a large amount of their time flying through the air in search of small organisms to feed on. They mainly avoid confrontations with other creatures though are capable of defending themselves when threatened. They can easily be spotted due to their emitting a bright, glowing light.[2]

Samus encounters these creatures on Tallon IV in the Chozo Ruins (though she first saw them in captivity on the Frigate Orpheon). They do not attack her and mainly just fly around the areas they inhabit. The light they emit is very useful in the dark rooms they inhabit, though killing them causes the rooms to become darker. These rooms feature Plazmites: Ruined Fountain, Dynamo and Totem Access.

These insects share the same functions as the Firefleas found on Zebes in Super Metroid. The Plazmite was originally called "Fireflea" in the early versions of the game on the Frigate Orpheon. The Glow Fly of SR388 is also similar to the Plazmite.

"Plazmites spend most of their time flying through the air in search of small organisms to feed on. They tend to avoid confrontations, but are capable of defending themselves when threatened in enclosed spaces.

Perhaps the most beautiful life-form on Tallon IV, Plazmites are winged creatures which emit a radiant glow in light." 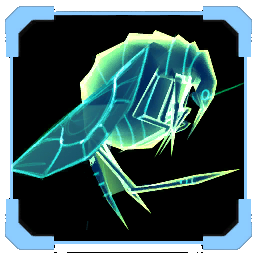 Plazmites are attracted to sources of heat, thriving on the energy present there. They emit light when hunting, and will expel small burst of thermal energy when threatened.

Scan
Add a photo to this gallery

Retrieved from "https://metroid.fandom.com/wiki/Plazmite?oldid=261846"
Community content is available under CC-BY-SA unless otherwise noted.