A Power Conduit transports energy to nearby mechanisms and systems, principally doors. Two variants of Power Conduits are featured in the Metroid series. On Tallon IV, they are found in the Glacier One base in the Phendrana Drifts, the Phazon Mines and the crashed Frigate Orpheon. In the Alimbic Cluster, they are featured on the Celestial Archives in the room Synergy Core.

When something damages or shuts off a Tallon IV conduit, a door usually becomes disabled and cannot be opened until the conduit is reactivated. These systems emits some heat, thus are visible with the Thermal Visor and can be reactivated by the Wave Beam. Some Doors need more than one Power Conduit to operate.

The Synergy Core Power Conduits are similar, but visible to the normal spectrum, blue in color, hexagonal in shape and sensitive to any projectile including non-electric ones. Four of them exist in the corners of Synergy Core. Each is labeled by the acronym of an inter-cardinal direction, for example, SW for Southwest, or NE for Northeast. Shooting each of them will garner a Shield Key to obtain the room's Alimbic Artifact, which is also the final one required to reach the Stronghold Portal and the first Octolith.

Objects named Power Conduits are also featured on Norion, but these are merely channels for energy feeding from all three Fedtech Plasma Generators to the Defense Cannon.

"This projectile-sensitive switch is used to transfer energy into the room." 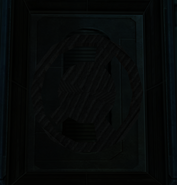 A Power Conduit viewed without the Thermal Visor.

Alimbic Cluster Power Conduit.
Add a photo to this gallery
Retrieved from "https://metroid.fandom.com/wiki/Power_Conduit?oldid=261229"
Community content is available under CC-BY-SA unless otherwise noted.