Chozo Ruins, in the Hive Totem

Ram War Wasps are creatures that appeared in Metroid Prime. The Ram War Wasp is a species of War Wasp that resides in the Hive Mecha. After emerging from the machine to confront their enemy, they fly in circles around it at high speeds, and pause briefly for moments as preparation to strike. A strike by these wasps is a coordinated attack, with all individuals actually shooting toward their enemy at once so that it is bombarded from all directions. While the insects falter (as they gather themselves before zooming toward their target), they are vulnerable to attack and can be picked off.

By scanning the Hive Mecha after the battle with it and the Ram War Wasps, Samus can find that the wasps strangely continue to reside in the now-disabled machine, but remain inside it and thus fail to make another appearance in the entire game. 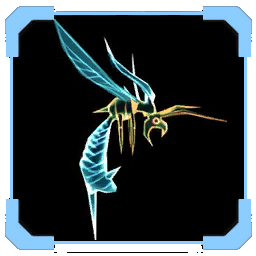 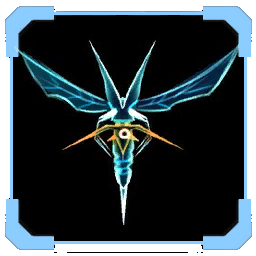 The War Wasps are the only species on Tallon IV to evolve a true hive mind. Nesting in damp, dark places, Ram War Wasps emerge in small groups when threatened and circle their enemy at high speeds, disorienting it. Striking from all sides as a single intelligence, they can fell huge organisms. 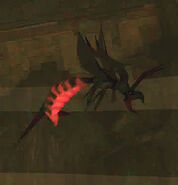 Add a photo to this gallery
Retrieved from "https://metroid.fandom.com/wiki/Ram_War_Wasp?oldid=218724"
Community content is available under CC-BY-SA unless otherwise noted.