A Reo (リオ, rio?), known as Rio in earlier media, is an enemy in Metroid, its remake, Super Metroid, and Metroid Fusion.

Reos in earlier appearances stay immobile until they see a threat, at which point they execute rapid, continuous swooping dive attacks with their talons. In later games, starting with Fusion, they fly back and forth until their target is in sight, to which they will dive towards.

Rios can take much more damage than most other early-game enemies in the first Metroid, making them one of the first challenging threats that Samus will encounter.

In this remake of the original Metroid, Reos were moved to Kraid's Lair and can no longer be found in upper Brinstar. This may have been done to address the difficulty of encountering them in the early game.

In Metroid: Other M, they can be found in Sector 1 / Biosphere of the BOTTLE SHIP, often emerging from Fly Pods that resemble a giant brown compound. In their first 3D appearance, Reos have a new coloring and a melee attack that involves latching onto Samus. However, these Reos are the weakest variant ever encountered in any Metroid game, as they can killed with a single shot from the Power Beam. An example of it can be seen here: [1]

At the beginning of Metroid: Other M, Samus will encounter a Reo while running through a catwalk in the Main Sector. It will latch onto her and knock her down to the floor. This encounter is unavoidable.

When infected and/or mimicked by X Parasites, Reos have a more gruesome physical appearance than their natural counterparts, due to the X altering their DNA. Along with the color change, they are larger in size and have much larger claws (appearing to be almost armored).

Nintendo Official Guidebook for Metroid Other M states that Reos, Mellas, and Himellas are members of the Rio (リオ系, Rio-kei?) species. This may also mean that Mellows are related as well, although they are not featured in Other M and therefore are not mentioned in the guide.

The Gerutas of Norfair and Holtz of Ridley's Lair behave exactly the same as the Reo in the 2D games.

In Super Smash Bros. for Nintendo 3DS, Reos appear as enemies in the Smash Run mode. They are visually based upon their design in Other M, but behave more similarly to their original 2D appearances. They fly in place until a fighter approaches, at which point they quickly swoop down to attack. As revealed in the Tips, they are unable to attack fighters who are directly below them. Like all other Smash Run enemies, Reos also have an unlockable Trophy.

"These are also pretty strong. They zoom down to attack Samus from the upper walls. The red ones are stronger than the yellow ones."

"Flies from the ceiling toward Samus. The red ones have strong attack power and the yellow ones are weak. Several shots with the normal beam or one Missile will defeat them."

"He attacks Samus from the ceiling. His defensive power is high, and he is hard to kill with a normal beam."

"These creatures have sharp claws and can withstand several hits."

"Flying creatures that swoop in quickly to attack. A couple of hits is all that's required to deal with them but you have to be swift as they're very fast."

"These clawed, fly-like enemies from Metroid show up in Smash Run, too. They float in midair, then fly in a U shape when you get close. They're predictable, which makes them easy to outsmart, but stay on your toes anyway—their attacks can send you flying. One way to beat them is to grab and throw them when they buzz near you. "

The PAL version of the trophy changes the spelling of "midair" to "mid-air".

"These enemies swoop down from above to tackle fighters. However, they can't actually hit you if you're directly below them. Give it a try!" 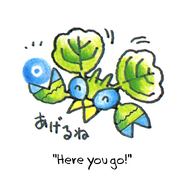 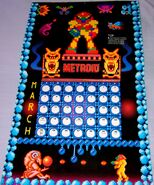 Reos trapped in Kihunter webbing in the underground cavern.

GameBoy, under Mother Brain's control, spawns Rio from its screen.

"Whew, that was close! I've never seen that many Rio traveling in a pack!" 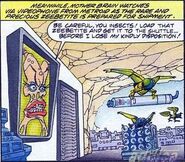 Add a photo to this gallery
Retrieved from "https://metroid.fandom.com/wiki/Reo?oldid=271388"
Community content is available under CC-BY-SA unless otherwise noted.