A native of Zebes, it is found in Metroid, Super Metroid and Metroid: Zero Mission. They can be frozen with the Ice Beam in which they become platforms to stand on. Ripper IIs can also be grappled onto with the Grappling Beam and swing from them to cross over hazards and throw Samus high into the air.

With the exception of Zero Mission, there are always two variants of Ripper IIs in the games. Metroid featured a weak and an indestructible version; the weaker one has a slightly darker coloring and can be killed with a single Missile or the Screw Attack. In Super Metroid, a weak Ripper II has a red body and blue eyes while the stronger form possesses a metallic-colored body with red eyes and a blue flame. Both of these variants are vulnerable to Super Missiles and the Screw Attack.

According to Victory Techniques for Metroid, the Ripper II species evolved from Rippers. The Tripper appears to be a relative of Ripper IIs.

Ripper II: "These Rippers are more advanced than the Rippers who appear in the rocky zone. They can spit fire and fly at high speed. They look the same as the other Rippers but they fly a lot faster."

"Evolved from the Rippers in Brinstar, it is faster than the Ripper and can't be defeated with Missiles." 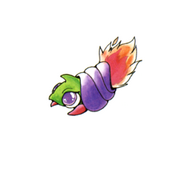 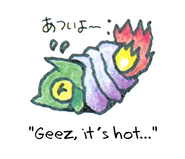 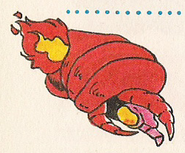 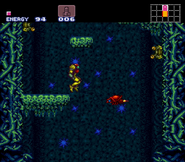 The metallic colored Ripper II outside of the Wrecked Ship from Super Metroid.