Sammy Hall is a former Retro Studios contract artist who worked on Metroid Prime 3: Corruption. He stayed on with the team for the development of Donkey Kong Country Returns. His artwork, some of which can be unlocked in the in-game Concept Gallery, depicts Crocomire, Federation Marines, the Reptilicus, SkyTown, the Powerworks, and the Gunship. The Crocomire artwork was drawn for fun while working at Retro Studios.

Hall has since retired from video game development, citing dissatisfaction with the industry's labor conditions.

After graduating from art school, Hall worked at Midway Games in Chicago, where he conceived environments for Stranglehold (overseen by the former producer of the Metroid film, Brad Foxhoven). A friend contacted him to say that things were going on at Retro, and Hall moved to Austin, Texas to work there. According to him, "I mostly got paid to sit in a room and draw just about anything I wanted non-stop for years, it was great." He found a challenge in drawing storyboards; since Metroid was a series that left much of the storytelling to the player's imagination, and Retro did not have the resources for big budget cinematics, he sought to keep the cutscenes to a minimum.[1]

Hall wrote a feature for Shinesparkers in July 2018 entitled "Energy Tank Acquired", detailing his experience with Metroid before working at Retro Studios, and touching on his time there. He re-drew one of his rough Crocomire sketches in more detail for the site as well.

In May 2020, Shinesparkers discovered artwork shared by Hall on his ArtStation profile (since removed) that he created for abandoned game pitches based on Sheik (from The Legend of Zelda) and the Boo enemies from the Mario series. These never entered full production and the artwork was not seen by much of Nintendo, according to Hall.[2] 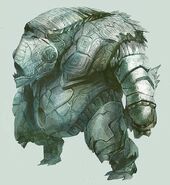 Concept similar to SkyTown; according to Hall, he drew this while he was at Midway Games before he started work on Corruption. Despite this, it is present in the Concept Gallery. 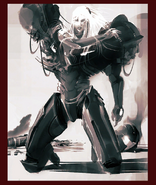 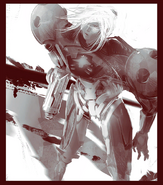 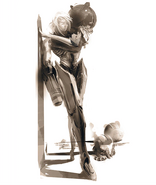 Not part of the in-game Concept Gallery.

"Some stuff I'm happy got published in Nintendo Power back when it was still a magazine.
Character polish paints are over low-poly game renders." 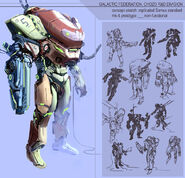 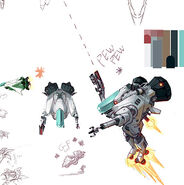 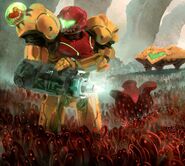 "SAMUS 25th (break) FanArt for the 25th anniversary of the Metroid universe."

"SAMUS ARAN (break) A FanArt of Samus from the Metroid universe. I have been wanting to create something of her large enough to hang on walls: https://www.inprnt.com/gallery/sammy_hall/samus/" This artwork was something he created ahead of the Shinesparkers feature, and released early.