Sentry Drones are well-armed and armored security mechas. Although they have limited intelligence, they do their tasks very well. When alerted, they lock down the room they are in and then attack the intruder. Their warfare armor can scramble many types of visor signals.[2]

Samus encounters Sentry Drones where Space Pirate operations are, mainly in the Space Pirate base in Phendrana Drifts and in the Phazon Mines. When they see her, they let out a siren and lock down the room. They will then scramble her visor and use heavy, anti-armor machine guns against her and may occasionally fire a red laser, which stuns Samus and makes her helpless for a short moment. Samus also encountered Aqua Drones designed for underwater combat, as well as a Sentry Drone equipped with invisibility in the Phazon Mines. Normal Sentry Drones can be found in these individual rooms: Plaza Walkway, Observatory Access, Research Entrance, Quarantine Access, Research Core Access, Chamber Access and Omega Research.

Sentry Drones bear resemblance to the Jolly Roger Drones later used commonly by Space Pirates in Metroid Prime 3: Corruption; however, they are tactically superior in almost every aspect. 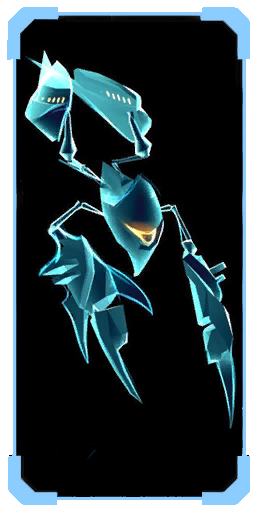 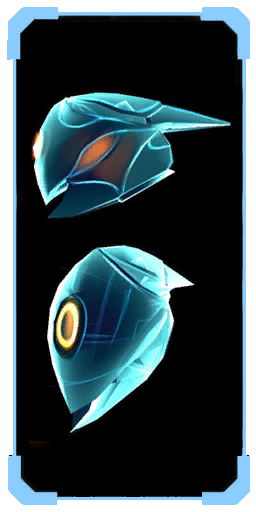 Sentry Drones have limited intelligence, but do their assigned tasks well. Being machines, they are susceptible to electrical attacks. When alerted, Drones initiate a security lockdown, then attempt to neutralize the intruder. Their electronic warfare suit can scramble Visor technology as well.

Sentry Drones are well-armed and armored security mechas. Sentry Drones have limited intelligence, but do their assigned tasks well. When alerted, Drones initiate security lockdown, then attempt to neutralize the intruder. Their electronic warfare suit can scramble many types of electronic signals. 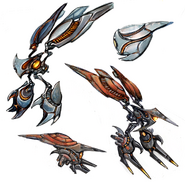 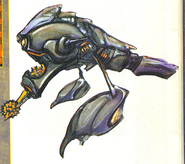 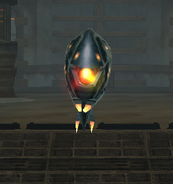 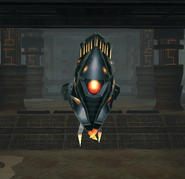 Retrieved from "https://metroid.fandom.com/wiki/Sentry_Drone?oldid=269136"
Community content is available under CC-BY-SA unless otherwise noted.