The Sheegoth is a large predatory species native to the frigid Phendrana Drifts region of Tallon IV. Samus Aran faced many Sheegoths while exploring Phendrana on her mission to Tallon IV. Four Baby Sheegoths and a very large adult guarded the Wave Beam in the Chapel of the Elders there. It is unknown whether these Sheegoths were placed there by the Chozo as protectors of their weapon, or whether these predators were merely resting there. Like the Plated Beetle before it, the adult Sheegoth becomes a regular enemy when Samus has acquired more advanced weaponry.

Baby Sheegoths have a thin, not-yet-fully-developed shell of ice along their backs, and these shells are rather vulnerable to any kind of weapons fire. An infant Sheegoth is much more agile than its older relatives and possess their abilities to breath frigid blasts of air which can freeze its prey in place, and they also have the ability to launch balls of ice from their mouths. Baby Sheegoths seem to be blind at first (and possibly need to rely on other sensors to locate their prey), as they are seemingly missing the six ocular organs that their adult form possesses.

Unlike their smooth-shelled children, Adult Sheegoth have a fully-developed formation of jagged ice crystals on their backs, and lack the vulnerability of the Young Sheegoth. These special shells of ice have the ability to attract and absorb beam-weapon fire, so conventional weapons besides the Plasma Beam won't have any effect, but will rather home to the crystals on the Sheegoth's back. Plasma Beam shots are immune to this and are the only beam weapon capable of harming the Sheegoth. However, the Plasma Beam shots will still be absorbed if they hit the crystals. As the Sheegoth's back absorbs consecutive beam shots, electrical discharges will emanate from the crystals and cover most of the creature's body, and will then be used to energize the projectiles the Sheegoth usually fires immediately afterwards. Concussive blasts to an Adult Sheegoth's lower body deal damage, making them vulnerable to Morph Ball Bombs. Additionally, a Power Bomb can kill this creature in one hit.

Adult Sheegoths are much more sluggish than the younger ones. However, if angered, they will go into a rampage, trying to rush and trample Samus in the process. Adults have six eyes, so they have the ability to spot prey from afar. Like younglings, they can utilize frigid blasts of breath, or balls of ice to attack their prey. After a short period of throwing balls of ice or breathing super-cold breath, the Adult Sheegoth will hyperventilate, giving an opportunity to deal damage to the vulnerable area inside its mouth.

Adult Sheegoths will only appear outside of the Ice Temple once Samus defeats the first Adult Sheegoth inside. The first Adult Sheegoth is unusually strong and large compared to a typical grown Sheegoth outside of the Ice Temple; this might indicate that the first Sheegoth was a pack leader of some sort or the eldest adult of its species. The latter theory is supported by the fact that the areas which initially featured Baby Sheegoths become young adults, since they've reached maturity only recently. Similarly, it bursting through the wall after four Baby Sheegoth were eliminated and attacking Samus implies that the Sheegoth in question was their parent. A Sheegoth with the same qualities as the one inside the Ice Temple is found in the Quarantine Cave after the defeat of Thardus. Water seems to be lethal to Sheegoth, as Baby Sheegoths die instantly when knocked into water. 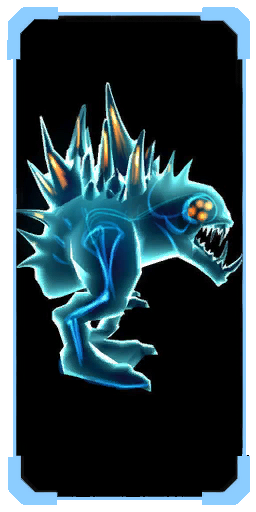 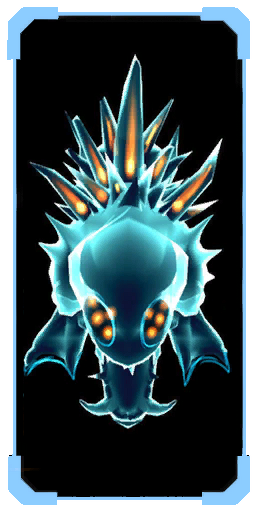 Sheegoths are invulnerable to most Beam weapons. The crystals on their back absorb energy, which they can fire at prey. Sheegoths have poor stamina. They hyperventilate after using their breath attack, making their mouth area vulnerable. The soft underbelly of a Sheegoth is susceptible to concussive blasts. In battle, they expel blasts of frigid gas to ensnare their targets. They are also fond of ramming and trampling their hapless prey.

There is a Sheegoth trophy in Super Smash Bros. Brawl:

"A boss guarding the Wave Beam in the icy Chapel of the Elders. It appears after Samus defeats four Baby Sheegoths. The crystals on its back will absorb any shots, so the trick is to shoot it in the head with missiles when its mouth is wide open. The Plasma Beam deals severe damage to this creature."

Early Mike Wikan sketch: "Found one more Relic from my Metroid Prime days. This was my original Sheegoth sketch as I was working out how it should act in the game." He later said this was drawn for the art team, who adjusted the design.[1]

An adult Sheegoth inside a cavern in Chapel of the Elders

Samus Aran battles an adult Sheegoth in Chapel of the Elders