Shelbugs are slow-moving creatures native to Bryyo. They develop a Phazite shell when they reach maturity; until then, they use spines to defend themselves. Based on scans, these are most likely the larval form of the Gelbug.

In Matt Piersall's Creature Demo reel, the Shelbug is referred to as Shell Bug. 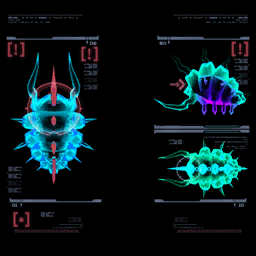 Shelbugs are slow-moving roaming insects whose soft bodies are easily damaged. Until they reach maturity they will not develop their Phazite shell. Unable to retract into a shell to avoid damage, they must aggressively attack any potential threat. They will extend sharp spines to fend off attackers or propel these spines at enemies.

Retrieved from "https://metroid.fandom.com/wiki/Shelbug?oldid=227830"
Community content is available under CC-BY-SA unless otherwise noted.