Wikitroid
Register
Don't have an account?
Sign In
Advertisement
in: Articles with non-canonical information, Species, Shriekbat Family,
and 10 more
English

VS. Giant Beetle
Shriekbats are a species of flying creatures found in the Metroid Prime series. They are very similar to the Skree of Zebes in their basic form, but many different breeds exist, spanning several planets.

The Shriekbats of Tallon IV most closely resemble the Skrees, though they do not rotate when roosting, and do not have exoskeletons that will fragment in the event of an explosion. Unlike Skrees, all existing variants of the Shriekbats dive-bomb their prey/threat at the cost of their own lives, exploding when impacting any surface. On Tallon IV, the Ice Shriekbat variant is adapted to life in the Phendrana Drifts. Similar versions are located on Arcterra. The Shriekbats of Aether, however, do not resemble the classic Skree at all. They instead take on the appearance of purple horseshoe-shaped creatures with a pair of bat-like wings. They do, however, behave identically to their relatives. 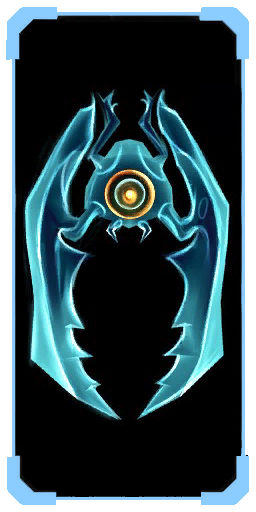 Shriekbats have high internal temperature, making them easy to spot with thermal imaging. They roost on cave ceilings while hunting for small prey. Fiercely territorial, they dive-bomb anything that wanders near.

A winged creature that explodes on contact to defends its territory, it will attack any creature approaching its nesting grounds. Inhabitants of Tallon IV have called for its extermination because of the threat it poses to the infrastructure and cultural heritage of the planet.

Shriekbats have high internal temperatures, leading them to seek cool climates to dwell in. They prefer caverns, roosting on ceilings while hunting for small prey. Fiercely terratorial, they dive-bomb anything that wanders near. This attack is fatal for the Shriekbat, as the impact sets off a discharge of thermal energy.

"Shriekbats are fiercely territorial ceiling dwellers. They roost on cave ceilings from tiny posterior legs while hunting small prey, and will aggressively dive-bomb anything they perceive to be too large to consume. A high internal temperature makes them easy to spot with thermal imaging.

"A fast moving creature that dive-bombs its target while emitting a high-pitched squeal."

Unused Shriekbat subspecies are featured in the internal data of Metroid Prime 2: Echoes, suggesting these were intended to be enemies, but likely scrapped for being too similar to regular Shriekbats. Infant Shriekbats and Minirees, which may in fact be the same creature, only exist as a name with no programmed data, sounds, models or textures. There is an unused Logbook entry for a Dark Shriekbat, which is said to be more durable than one on Aether:[1]

Darkling Shriekbats prefer the cooler climates found on Dark Aether, gaining strength from the lack of pure light and heat.
Though more durable, they still explode on impact when performing an assault run on an enemy. 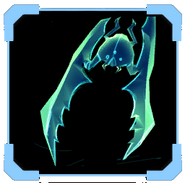 Scan image seen on the Orpheon.

A brown variety of Shriekbat in Prime, seen only in the Ruined Gallery.

An exploding Shriekbat in Metroid Prime 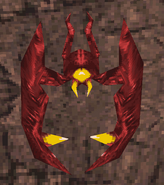 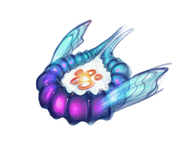 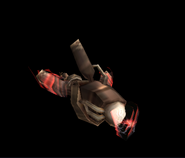