The Steambots are sentry robots designed to guard areas of SkyTown, Elysia. They mainly serve as the "elite soldiers" of the Steamlords. Steambots are similar in form to Tinbots but have more weight and heavier armor, although they are still vulnerable to the Plasma Beam.

Steambots seem to have been built both as better soldiers to replace the Tinbots and as combat support units for the Steamlords. If a Steambot is damaged extensively with conventional weaponry, they will fall to pieces. They are then able to be reassembled by a Steamlord and put them back in action. It is unknown if the reason that Steambots fall apart like this is merely poor craftsmanship or a failsafe to allow easy repair by the Steamlords. Their greatest vulnerability is extreme heat, which can distort the machinery inside them and in extreme cases (such as the Plasma Beam) melt them completely. If melted, the Steambot is unable to be reassembled by a Steamlord.

They are first encountered in the Steambot Barracks in Elysian recharge chambers and are activated when Samus tries to leave, which may suggest that they were built as security robots. They can be destroyed fairly easily, however the Steamlord can reconstruct them after they have fallen. This will happen continuously until the Steamlord controlling them is defeated, severing their command link.

Like the Tinbot, the Steambot's arms can be shot off to reduce its offensive capability. However, when the Steamlord re-assembles a fallen Steambot, both the arms will be repaired. 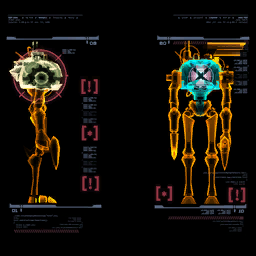 The Steambot's lightly armored exterior can be damaged by any weapon. High-temperature weapons are particularly effective, and can render them inert and beyond repair. Unlike their lightweight cousins, they are made of durable metals and cannot be tossed around. Steambots serve as combat units for Steamlords. They are armed with kinetic-beam pistols, Missile racks, and can use their tool-arms in close combat. Damaged units can be repaired by Steamlords. 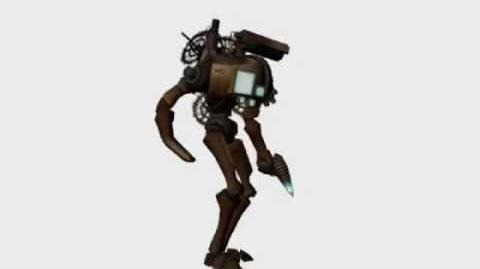 Elben Schafers
Add a photo to this gallery
Retrieved from "https://metroid.fandom.com/wiki/Steambot?oldid=224640"
Community content is available under CC-BY-SA unless otherwise noted.