Steamspiders are steam-powered mechanoids designed by the Steamlords to perform various minor tasks. Steamspiders are found on SkyTown, Elysia and are often seen in large swarms and impede Samus' progress-although they are more of an annoyance than an actual threat. However, they are useful if Samus is low on energy or Missile reserves, as each can be destroyed in one hit, dropping ammo and health as they fall.

Steamspiders are small in appearance, and have many legs and a protruding "head" piece. They can also fly from destination to destination, a large convenience on the floating city SkyTown. They can be seen floating around in many places, but appear in swarms in the section below the Escape Pod in the Spire Pod. They also appear around the Seeker Missile upgrade in the Xenoresearch labs, and also where the Escape Pod lands after its brief flight. It is not an uncommon sight to see massive swarms of these running amok in small crevices. 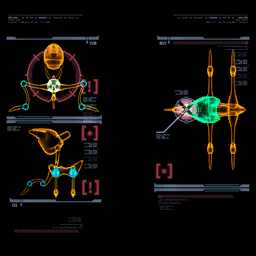 Steamspiders were created by the Steamlords as basic light laborers. They have since went rogue, and now run wild in SkyTown. Though of minimal threat alone, a swarm of them can be a nuisance.

Concept art
Add a photo to this gallery
Retrieved from "https://metroid.fandom.com/wiki/Steamspider?oldid=224855"
Community content is available under CC-BY-SA unless otherwise noted.