Stone Toads are odd looking creatures with bulbous bodies and two large green eyes. They have a rock-hard exoskeleton which allows them to sit motionless for long periods of time, with their only vulnerable spot inside their bodies. Stone Toads prey on creatures that are smaller than themselves and swallow them whole. If they find something indigestible, they will regurgitate it. As a last resort, Stone Toads will actually use their tusks for combat.

Samus Aran encounters Stone Toads in the Chozo Ruins of Tallon IV. They will not bother her unless she is in her Morph Ball form. If she gets close to them while in the Morph Ball, they will grab her with their tongue and pull her inside their mouth. After about three seconds, Samus will be regurgitated, as apparently Stone Toads cannot digest metal. If Samus lays a Bomb while inside the creature, it will explode, thus killing it. This technique is vital for progression in some areas.

It is sometimes advantageous for Samus to intentionally cause a Stone Toad to swallow her, as they occasionally block Morph Ball passages, and in the room Reflecting Pool may help Samus up a Half-pipe to reach the Ice Beam.

Stone Toads are found in Reflecting Pool and Energy Core. 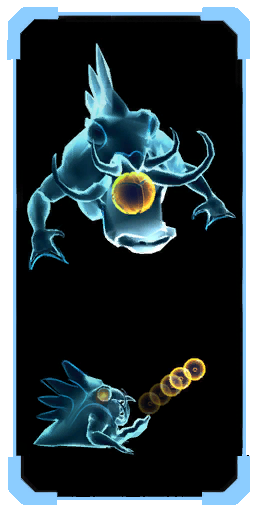 Morphology: Stone Toad
Preys on creatures smaller than itself. Vulnerable only from within.

A Stone Toad is able to remain still for days. It preys upon creatures smaller than itself, inhaling them whole. Anything it finds indigestible, it regurgitates. Stone Toads use their tusks as a last resort in combat.

"The Stone Toad preys on creatures smaller than itself, and is vulnerable only from within. A Stone Toad is able to remain still for days, then it quickly swallows its prey whole. Anything it finds indigestible, it regurgitates. As a last resort, a Stone Toad will use its tusks in combat.

The Stone Toad has a bulbous body and large green eyes. A rock-hard exoskeleton allows it to sit motionless for long periods of time." 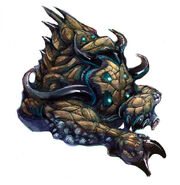 Add a photo to this gallery
Retrieved from "https://metroid.fandom.com/wiki/Stone_Toad?oldid=247042"
Community content is available under CC-BY-SA unless otherwise noted.