Theme ~ Theme of Samus Aran, Space Warrior ~ Big Boss BGM ~ Ending (テーマ～宇宙戦士サムス・アランのテーマ～大ボスBGM～エンディング?) is an orchestrated medley of themes from Super Metroid. It was originally performed by the Tokyo Symphony Orchestra as part of the fourth Orchestral Game Music Concerts.

This orchestral medley is a little over 8 minutes in length. Game Music Concert 4 was performed in 1994 as part of an ongoing series of annual concerts in Tokyo. This was the only concert to feature music from the Metroid series.

With most of the medley's emphasis on the Theme of Samus Aran, the overall tone of the performance is proud and triumphant. The other themes are quieter and darker, though the arrangement of Crateria - The Space Pirates Appear sounds considerably more lighthearted than its original versions in Super Metroid. The Lower Brinstar arrangement is particularly somber in tone.

An abridged version of this medley was later performed as part of the Video Games Live concert, produced by Tommy Tallarico. By popular demand, it made its debut in 2008[1] and continues to be performed as of 2018.[2] In 2016, it was rerecorded by the City of Prague Philharmonic Orchestra for the Video Games Live: Level 5 album, where it is simply titled Metroid. Hirokazu Tanaka is credited as the arranger and keyboardist.[3]

This version opens with a shortened arrangement of Title (Metroid). It then transitions to the Theme of Samus, which combines the original opening of the Orchestral Video Game Concerts medley with the extended credits version from the reprise at the end of the medley. The other themes from Super Metroid are not included in this version.

Listed on the back of the CD case 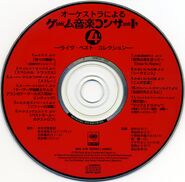 Listed on the CD 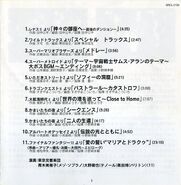 Listed in the CD's booklet 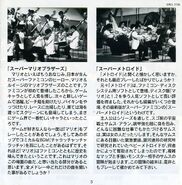 Retrieved from "https://metroid.fandom.com/wiki/Theme_%7E_Theme_of_Samus_Aran,_Space_Warrior_%7E_Big_Boss_BGM_%7E_Ending?oldid=273365"
Community content is available under CC-BY-SA unless otherwise noted.