Trooper Prates were the products of a Space Pirate Science Team project to duplicate the capabilities of Samus's Arm Cannon. Although the reverse-engineered beams were powerful, the imitations were flawed and the shielding left the user vulnerable to their own Beam weapon system. Troopers had all the standard attacks of normal Space Pirates, being equipped with a Scythe on their left wrist and a modified Galvanic Accelerator Cannon which fired a copied version of Samus' beams. Though their weapon systems are inferior to those of Samus', they are still quite powerful.

Various Trooper Pirates are found in the Phazon Mines as a relatively common enemy. There are four types: Power, Wave, Ice and Plasma. Each type can be killed by the respective Beam that correlates to the variation of Trooper. Wave Troopers can easily be "stunlocked" by slightly charged Wave Beam shots, Ice Troopers can be frozen in place, and Plasma Troopers can be lit on fire, oddly making Power Troopers the most dangerous when dealt with by ordinary means, since the Power Beam is the weakest beam and also the one with no special abilities. Additionally, Power Troopers have the best rate of fire, which comes with the Power Beam. Although Missiles are useless against Troopers, Charge Combos will still work and can be quite effective in some cases - particularly the Super Missile, which can send the aforementioned Power Troopers flying with one hit.

Ice Troopers are the easiest to dispatch; a charged Ice Beam shot followed by a Missile will have the same "freeze and shatter" effect as they would on most other enemies. However, this no longer works in the Wii versions: They can still be frozen, but Missiles will no longer shatter them, which implies that the shielding in the Troopers' armor works even if they are frozen. On a related note, the game implies that the Trooper's weapons are significantly weaker than Samus's beam weapons (a notable example being that the Ice Trooper's Ice Beams fail to freeze Samus). For some reason none of the elemental beams fired by Trooper Pirates seem to have any trace of their respective elements; they are all the same yellow energy projectile. This may be because the elemental properties of each Beam have not been copied successfully. Only various aspects of the beams, such as the Power beam's heavy rate of fire, have been copied. Upon direct physical contact, a Trooper Pirate can do roughly 12 units of damage to Samus (if Samus is wearing the Gravity Suit, on Hard Mode).

All Troopers share relatively the same Logbook entry, the only differences coming from the elemental beam of the Trooper the scan refers to. They are precursors to the Pirate Troopers' designs in Metroid Prime 2: Echoes, and the helmet design heavily resembles that of the Pirate Commandos and Pirate Commander in Metroid Prime 3: Corruption. Interestingly, the helmet of the Trooper Pirate is quite similar to the Metroid Prime's head, which might be the result of the original NTSC version of Metroid Prime's events in which the mutated Metroid had integrated Pirate technology and equipment into itself while it was in captivity by the Space Pirates. However, this story element was retconned out with the release of the PAL version of Prime. 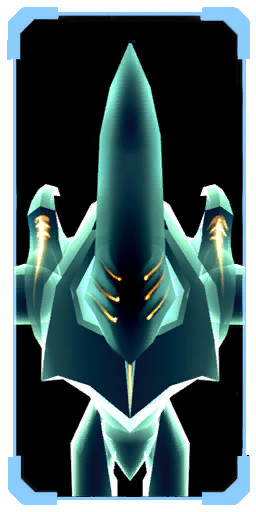 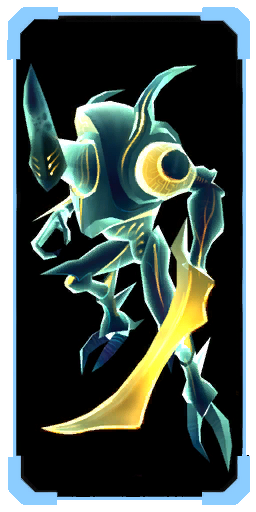 Morphology: [element] Trooper
Space Pirate armed with [element] Beam technology.
Space Pirates have reverse-engineered several of your weapons, including the [element] Beam. A flaw in the design makes these Pirates vulnerable to their own Beam weapon system. These weapons are inferior to your Chozo-designed originals, but still quite potent.

This Logbook entry is the same for every type of Trooper. The only difference is the Beam mentioned for the respective Trooper.

"Power Troopers have been equipped with a reverse-engineered version of Samus Aran's Power Beam. Power Troopers are highly trained warriors, but a flaw in the design makes these Space Pirates vulnerable to their own Beam Weapon system."

"The Trooper Pirates were probably my favorite creatures to create for Prime," recounts Gene. "The concept that Andrew Jones provided me with was awesome… I couldn't wait to get started on it and throw it into the game. It took me about two days to model… three days to skin (texture). I love how they turned out… the animation crew really brought them to life."

Much like Gene's Samus model, the Space Pirates were modeled from scratch and not a pre-existing base model. The original concept came from Andrew Jones, who had a large amount of input from a number of people working on the project. With this feedback, Mr. Jones went back and developed several polished versions for approval by the team. Eventually, "he takes all the recommended ideas for a particular asset, fuses them into his own creative imagination and funnels them all into a finished piece," recalled Gene.

Once Andrew completed his final concept, it was passed along to Gene for modeling. Gene then interpreted and translated the 2D (two-dimensional) concept image into a fully 3D game asset. "Just about every asset that you see in a game is the combined effort of many team members. Designers, concept artist, modelers, skinners, animators, programmers, sound engineers… all of them put a bit of themselves… their style… into each asset," explained Gene. "My point is that no one asset is made by solely one person. Since I created the model and skin for the Trooper there is a bit of my style… my input placed into it for sure."

Just as he did with the Flying Space Pirate, Andrew came up with "slightly different variations of the Pirates to give some cool, unique, foes for the player to go up against all the while keeping the main enemy race consistent." This again allowed for a greater deal of diversity and artistic creativity.[1]

A Power Trooper in the Phazon Mines.

A Wave Trooper first encountered in the Phazon Mines.

Samus faces an Ice Trooper in the Phazon Mines.

An Ice Pirate standing tall in front of Samus.

A Plasma Trooper in the Phazon Mines.

A Plasma Trooper on fire.