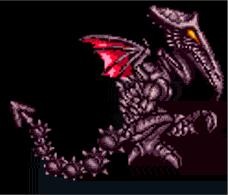 I have been a Metroid fan for as long as I can remember. I love the Metroid series, plain and simple. My top 3 Metroid games are: Super Metroid, Metroid Prime, and Metroid Fusion.

I have also found the easter egg in Fusion concerning the secret conversation among Adam, the Federation man, and Samus. I have a screenshot of my encounter, which is located to the right.

Tired of your name or need a new name for online play? Well, here is a little something you may use. Here is what you do:

I managed to get past the Hyper Mode difficulty in Metroid Prime 3. Now, to anyone willing to brave this mode, a few pieces of advice: when in Hyper Mode learn how to stay in it without dying. It's better than venting all of the Phazon and wasting an energy tank to refuel your PED. Just fire and when you are close to empty, wait. If you can, without dying, let your enemies hit you to speed up refueling of Phazon. When auto vent comes GO STRAIGHT BACK INTO HYPER MODE. This is because nearly every enemy in the game goes in Hyper Mode itself and they will constantly be shooting you so to avoid losing energy that could have been used for Hyper Mode when you automatically vent, go straight back in. Oh, and another thing. Before entering Phaaze, be sure you have every energy tank in the game. Trust me, you'll need every bit of the bar of the Phazon meter to kill Dark Samus and AU 313 (or 666). Other than that, don't lose your cool... hopefully!

In Metroid Prime Hunters, I used the names "Tyrant", "Joshadow", "Capt. Scurvy", etc. My main name, however, is "Tyrant". In my early career as a bounty hunter, I used Weavel (I loves Space Pirates, despite how brutal they are) and got up to Elite Hunter ranking. Then, I started to use Noxus and got up to Master Hunter. With Samus Aran as my newest permanent hunter (it took so many fights using Samus to change my license hunter from Weavel to Samus due to my longtime use of Weavel) I became a Legendary Hunter. I started out using the Battle Hammer and the Half Turret (frequently). I soon turned to the Imperialist but saw how pathetic it was to snipe and went straight to what, to me, are mens' weapons which are Magmaul and Missile and every weapon except Imperialist. As of now, I am retired. I currently have a DSi, which replaced my DS Lite, and this game is quite intense and my touch screen on my Lite was scratched and many buttons were unresponsive. Due to this, I'm not letting that game touch my DSi.

I have a few things of Metroid. I made a lego sculpture of the 8-bit Samus used in the 1986 Metroid. I also made a wood sculpture that is a plaque base with a wooden metroid sculpture on it. Also, I have a trucker hat of Metroid that says "Beat the Mother Brain" and it has many Metroid themed button pins pinned against the hat. Along with that, I made a plush doll of a metroid as well. Finally, I have a chain wallet that depicts Samus on the front and the Metroid Prime 3 logo on the back of the wallet. Credits: The lego Samus goes to resettimanalt (link: http://www.youtube.com/watch?v=_hIR0ciDG2o)and the plush doll goes to Eyes5 (link: http://www.metroidhat.com/Epicness/Plushie.html). I'd like to thank these people.

This is the timeline that has been officially established. Watch this video for it. Also, if you are a true Metroid fan, watch the 4 preceding parts of it as well (it's not too up to date). http://www.youtube.com/watch?v=m4fctA24Aro&feature=related

Gallery of My Art (NOTE: None are official artwork, they're my own art as tribute to the Metroid series)Edit

I made this as a tribute to the best fighter in all of the universe! 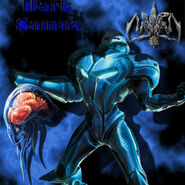 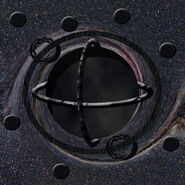 I made this planet, guess the inhabitants, and I hope it be used in a new Metroid game! 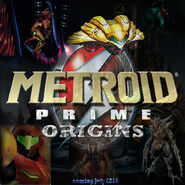 Thanks for stopping by and remember: Metroids are not pets!

Retrieved from "https://metroid.fandom.com/wiki/User:Joshadow?oldid=51690"
Community content is available under CC-BY-SA unless otherwise noted.