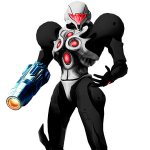 My Metroid Stages I made in Super Smash Bros. Brawl: (feel free to copy)Edit

Tourian
Add a photo to this gallery

This section lists what I think of the games. I also put item completion next to the game.

Retrieved from "https://metroid.fandom.com/wiki/User:PurpleSamurai5.0?oldid=278317"
Community content is available under CC-BY-SA unless otherwise noted.