"Just give me a chance!"


This is an Other M tolerating page.

RoyboyX (also known as Roy, Royboy and RBX) is a Wikitroid user who was inspired by Samus Aran to become a leading contributor. I have the highest edit count and largest number of surviving creations - articles, categories, disambiguation pages and templates - of any user on the wiki. I've played every game in some form or another countless times and consider myself an expert on the Metroid series. I'm a former administrator and patroller and currently a rollbacker. I'm also approved to use AutoWikiBrowser (AWB) and am a member of the trusted usergroup, which means my edits are autopatrolled.

I'm also the deputy creative director of Shinesparkers! I've worked with Darren to put together interviews with Jack Mathews, Clark Wen, Hip Tanaka and Idzuki Kouji, I've had a hand in many of the site's Community Spotlights and features, and I'm a regular on the site's podcast.

With the help of my co-editors here on Wikitroid I have made many changes to the wiki. My first notable accomplishment was probably the C&C Policy and extermination of the red links before Other M 's release, though the process through which that was done was rather messy. I was stupid.

With the release of Metroid Prime 4 in the future, we'll have a lot more to do here.

PEENK. DOOZ IT HART YOUR EYEZ?!

In addition to Wikitroid I am an achievement hunter, amateur chef, craft maker, occasional Twitter pundit, YouTube watcher and item collector, and the deputy creative director of Shinesparkers.

On Wikitroid, I am an offbeat but reliable user, with over 70,000 edits logged. Before I became an admin I was granted the right of rollback. Even if I don't make an edit on a particular date I do browse the site regularly to ensure that I don't have to brutally murder helpless vandals miss anything important. When it comes to FANDOM©®™ editing I am pretty knowing after eight years, but some things I'm not extremely experienced with, like writing references or coding templates from scratch.

THE MOST ULTIMATE BOSS IN METROID EVAR: ERMAHGERD GIRL! 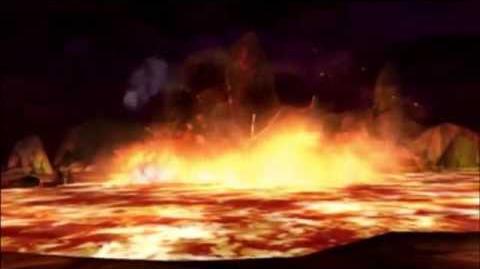 Not to be confused with my guestbook below; this is where I show off all my signatures past and present.

RoyboyX (this one I borrowed from HK.)

This section lists what I think of the games.

* Having played Life is Strange, this word is forever annoying to me.

Like MDb's The Woman Behind the Visor feature, but on the history of armorless Samus.

In the original Metroid, Samus was thought to be a man, cyborg or robot. Even the English instruction manual said that, as did the 1986 manga and later, Samus and Joey. However, unless you were smart enough to know that Samus was the female variant for Seamus, you had to beat Metroid in under an hour to find out the true identity of Samus. A woman. If Metroid was cleared fast enough, Samus would strip down to a pink bikini, let her long hair down and wave to you before the credits rolled. And, the bonus was, if you pressed start at the end of the credits, you could play as Samus in this armorless form, and she would be just as strong. If you cleared the game with armorless Samus in under an hour, you would see her strip down to an even more revealing bikini, which was favored by schoolboys (such as me).

Later on, the infamous JUSTIN BAILEY ------ ------ password was discovered, and Samus spawned armorless in Norfair with Ridley and Kraid zapped and Tourian open for invasion. This was thought to be the only password that let you play as armorless Samus, but then the password 000000 000020 000000 000020 was discovered, and small symbols were placed next to passwords to tell you if you would be playing armorless or armored.

Unfortunately, the passwords were taken out of the rest of the Metroid games. While this pleased many, it also disappointed those who like to play as Samus in a bathing suit. Thus, armorless Samus was limited to appearing in the best endings of the next two games, Metroid II and Super Metroid, and the game over in Super, as well as ROM hacks published of both games. Because Nintendo was too busy with Mario and Zelda to make the first 3-D Metroid, the next game would not come until eight years later. During this time, Samus appeared in the two Super Smash Bros. instalments, but except for a reflection in her congrats! screen, a brief second of a nude, silver body and a trophy that could not be obtained without hacking, armorless Samus was nowhere to be seen as playable in Smash Bros. Not even an alternate costume. *kicks ass of Nintendo*

After eight years, Metroid Prime and Metroid Fusion were released in 2002. Armorless Samus was restricted to the game over of Fusion and the 100% endings of both games. It seemed that she was never coming back. Until Metroid: Zero Mission two years later.

In this game, a remake of the first Metroid, Samus was shot down after killing Mother Brain, and she was forced to invade the Pirate's mothership, with only her wits, agility and a stun gun to defend her. Later, she found the Varia Suit that holds the trademark round shoulder pads introduced in Metroid II and featured in every game since. Metroid Prime 2: Echoes, released the same year, also had the Zero Suit as part of the 100% ending. If they'd added Zero Mission connectivity I'd say they could have made the Zero Suit an unlockable cosmetic recolor, much like the Fusion Suit in the original Prime. Echoes was the odd one out with the extras.

Metroid Prime Hunters and Metroid Prime 3: Corruption featured the Zero Suit in an ending capacity as well. In Corruption, the Zero Suit was featured in the introduction, a cutscene played after the defeat of Mogenar and the 100% ending, which also featured Sylux in his Delano 7. In Super Smash Bros. Brawl, released a year after Corruption, Samus was finally able to shed her armor and show us what she could do. Clad in her Zero Suit and armed with her Zero Mission Paralyzer and a new electric whip designed for Brawl, armorless Samus finally made her debut in Smash Bros.

Metroid: Other M featured the Zero Suit in the opening sequence (similar to Corruption), and in the cutscene before Ridley's battle as well as for the entire Sector Zero cutscene. She last appeared suitless at the end, taking her suit off to hold Adam's helmet, which she had come back for. Thankfully, Sakamoto listened to people who wanted to use the Zero Suit again (I knew the art folio was foreshadowing!) and once again allowed us to play the Zero Suit, but this time in 3D. She once again uses the stun pistol, now known under its name from Brawl, the Paralyzer, and escapes the Bottle Ship holding her commander's helmet. She may not have retained her Energy Tanks like in Zero Mission, but she can now charge the Paralyzer herself without waiting, is much more agile, takes far less damage and trades crawling for sliding under closing gates, Indiana Jones style. Because of that, I don't care that the game has no ending.

Super Smash Bros. for Nintendo 3DS and Wii U featured Zero Suit Samus returning again. This time her appearance was an amalgamation of Zero Mission and Other M. She had the Zero Suit design from Other M but her hairstyle, blue eyes and tall build from Zero Mission. Her face was a blend of both games. Her Jet Boots, while cool, are admittedly impractical looking, as well as her flexibility with them and the rest of her body. The suitlessness of Samus in the game went a step further by bringing back her Ending Outfits from Zero Mission and Fusion.

These are some memorable quotes.

Howdy! Whether you've taken the time to read about me or my fan creations or not, please sign my guestbook!

Since my gallery was getting rather big for my page I have moved it here: User:RoyboyX/Gallery