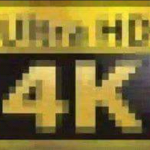 And, if you want to receive announcements from Wikitroid administrators by email (for example, site news, new features, and contests), subscribe to the Wikitroid-Announcements mailing list here (or click here for more info). We won't spam you, and you won't get many emails - just the important stuff!

I hope you enjoy editing here and being a Wikitroid member! By the way, you can sign your name on Talk and vote pages using three tildes, like this: ~~~. Four tildes (~~~~) produces your name and the current date. If you have any questions, ask me on my talk page. Happy editing! — The Exterminator (talk) 00:18, December 13, 2013 (UTC)

Are kind of bothering me. Sorry, that's how I react when people have to say exactly what they're doing in the page... Lizard says this should be good form, I think it's annoying and redundant. Diffs can show what we've done. Sorry again, just my opinion is all... RoyboyX(complaints/records) 20:05, December 25, 2013 (UTC)

And that's when I realize you are using AWB. Double stupidity on my part. Ignore what I just said. I didn't get what I want for Christmas that's why I'm so grouchy RoyboyX(complaints/records) 20:06, December 25, 2013 (UTC)

Except it never did do it. Unless you happened to lose to it in game (which isn't canon), the only time it even truly fights her, it loses. The other five were true because she actually lost to them. [A|A] Poke with a stick 22:13, January 6, 2014 (UTC)

What about the X Parasite that incapacitates Samus at the beginning of the game? Wouldn't that X have to be the one that later became SA-X? AmorphousBlob (talk) 06:38, January 7, 2014 (UTC)

You really do watch everything. Good. Well, you've been to the meetings, haven't you? Everyone knows how wikis are used as channeling points to harness its raw knowledge to wikipedia to help in summoning the our Lord who will destroy those who are deemed weak and ascend of the another level of power to drive a plague of madness on those who curse us. Oh and the summoning fire is getting cold, we still have some fools who tried to stop us in the store room, gather some of them up and toss them in the fire, will you? [A|A] Poke with a stick 03:55, January 9, 2014 (UTC)

Heya, please don't fix any of the galleries - I know they're too many thumbnails across but I'm trying to get fastlizard to get a bot to fix them, since there's so many articles like that. HellKaiserryo12[ADMIN] (Talk•Contribs) 00:21, June 16, 2014 (UTC)

I was planning on using it to make a directory at the top of a page, but testing it on Chozo showed me again that most basic directories were red links so I bailed and forgot to tag it because I preoccupied. I didn't include a doc because it required a new template. It could be made to work but I wouldn't count on it being used in the future. — A (t • c) 12:40, August 15, 2014 (UTC)

Which things did you mean to delete? He took care of all the speedies. What background are you talking about? RoyboyX(complaints/records) 20:05, August 20, 2014 (UTC)

Huh, didn't think he did that already. I was talking about the annoying white background on edit summary and show changes that makes it hard to see the white text. — A (t • c)

Retrieved from "https://metroid.fandom.com/wiki/User_talk:Anemicne?oldid=198567"
Community content is available under CC-BY-SA unless otherwise noted.