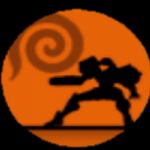 Hi Dr.Anonymous1! After reading your recent post on Freezeblade7997's page regarding Federation Force, I thought I should let you know, in case you haven't heard, that a few modders have been working on AM2R's code recently. Yesterday, they released a new version of AM2R (1.2.3) which adds two new modes to the game.

- New Game+: this was one of DoctorM64's ideas to add in a future patch if it wasn't for Nintendo's interference. This mode essentially removes all the lava and boulders in the main tunnel when you start a new file, giving you a high amount of freedom in sequence breaking and non-linear exploration. Only the Omega Nests and Genetic Labs are sealed off until every other Metroid is killed in prior areas.

- Random Game+: same as above, except a large amount of powerups change locations everytime you start a new file, forcing you to think up of a new strategy every time. This offers an insane amount of replayability. I once got the Screw Attack and Plasma beam in the Golden Temple area!

You can find the latest download for this version on reddit's AM2R page. Hope you enjoy it!

Now for Phantoon's trivia. I noticed you removed the piece of info concerning its possible relation to the other Space Pirates in the Bottle Ship. The main article itself (as in, everything before the trivia section) explicitely states that no explanation is ever given for Phantoon's return, so I thought offering a possible idea in the trivia section wouldn't do anyone harm. The piece I wrote is, in my opinion, a very interesting point that shouldn't go unmentioned: the Galactic Federation was involved both intentionally and unintentionally in the return of Space Pirate organisms, from the lowly Zebesians and Kihunters to the powerful Ridley and Mother Brain. Phantoon, who is also a Pirate (back in Zebes at least), is coincidentally also back from the dead alongside the previously mentioned Space Pirates. I believe the piece of trivia was written in a manner subtle enough that allows readers to reach their own conclusion. It wasn't a point that was being backed up or heavily defended with arguments or such, contrary to (for example) the Theory of Survival written in the Wrecked Ship article which states that the Etecoons and Dachora(s) escaped Zebes through a possible use of the destroyed vessel (a theory I've personally never been fond of).

Here are the things we can be sure of:

Due to this complete lack of info, anything is possible for Phantoon's return. He might have simply materialized back after his defeat in Zebes and was coincidentally drawn to where Samus would be in Other M. Maybe the Galactic Federation found him years ago and kept him imprisoned in the Bottle Ship somehow. Maybe the same organization found the means to bring him back. After all, Space Pirates have been known to create unique entities in the past which border on the super-natural, such as the fantasy-ish Thaardus and the ghost-like Phazon Metroids. If Space Pirates can do this, I don't see how it would be impossible for the Federation achieve similar accomplishments, especially when the latter have successfully surpassed the former on other aspects, such as Metroid cloning (Pirates only managed to get Mochtroids). Let me be clear however, that all of this is not something I'm looking to bring up in Phantoon's page. The only thing that I want to put in his page, which I believe is sufficiently subtle and does no effort to defend itself, is a small sentence which mentions something along the lines of: while Phantoon indeed has no explanation for his return, his Space Pirate comrades are, interestingly, all the result of Galactic Federation meddling.

That's it. I firmly believe this is an interesting piece of trivia that deserves its place in Phantoon's page. I'd very much like to hear your view(s) on why you think this info should go unmentioned. Thank you for your patience in reading this.Latinlingo (talk) 11:30, May 3, 2017 (UTC)

Thank you for being understanding as well! As for your question regarding the scanlogs in AM2R, I indeed wrote them. If you played the demos of AM2R, you'll notice that the logs differ immensely from the final version that came out for Metroid's 30th anniversary. Another writer in AM2R by the username Ridley wrote the logs for the demos, serving as the basis for my massive expansions/complete rewrites that would show up in the final version. Years of writing info in the Metroid Wikia helped me write the logs you see in the final game :) Latinlingo (talk) 11:30, May 3, 2017 (UTC)

To give you an example of the contributions I made to the logbook, here was the Alpha Metroid's logbook in the demo:

Mutated from normal Metroids, Alphas are now resistant to cold and feature a developed plated exoskeleton on their back. The exposed core located on their belly is vulnerable to concussive impacts.

Here's my version in the final game:

The Alpha Metroid has gained immunity to cold temperatures. The loss of several nuclei within its green membrane has left it vulnerable to concussive weaponry. A plated exoskeleton partially covers it. This organism emerges from the molting of its larval form. Though aggressive, it is relatively weak at this stage, and its new appendages have yet to grow to their full length and strength.

I added a lot more meat to the texts, made them sound as scientific as possible, and pushed in lore-heavy info whenever I could. Some logs needed to be reworked completely, and others didn't exist at all prior to my participation in AM2R, like the Genesis (I'm very happy with the explanation I came up for its name). My favorites are the ones where I could subtly hint at the existence of X Parasites on the planet, though only two of them come to mind right now.

Sorry for the long paragraphs here. To answer your final question about what were the intended plans for AM2R updates (before Nintendo stopped the project), you can find info on these plans in the forum page below:

There are logs/texts that were going to be added as well, some of which explain some of the greatest mysteries of the Larval Metroid stage. Enjoy! Latinlingo (talk) 17:18, May 5, 2017 (UTC)

During AM2R forum discussions regarding the Queen Metroid, I came up with a biology explanation regarding the Infant Metroid that connects with Samus. The following post was never intended to be a log entry, but was well received by readers: Infant Metroids are born and begin eating the X Parasite crystals found near their hatching site. After a while, the Queen releases pheromones from her back which draw in the well-fed Infants. They nestle inside her plates and let the ingested food work its magic until they grow into the mature larvae. While latched onto their mother's back, they exchange information via pheromones, and the Infants are properly educated with things such as their way of life and most importantly, who their mother actually is. With the Queen dead, the uneducated Infant ignorantly connects with Samus. As     for why Infant Tallon Metroids and Miniroids are born without connecting to a nearby creature can be explained by the fact that they're not natural babies. Their brains are wired differently or something.

The reason we were discussing the Queen from Other M having larval Metroids on her back, is because several users were suggesting to add a new attack for AM2R's Queen where she'd release/summon mature larvae in a similar fashion. However, the creator thoroughly explained to me that the action of summoning new Metroids would (in his point of view) lower the significance of Samus fighting the Queen and the discovery of the infant, which are the last two Metroids on the entire planet.

Following your suggestion on adding some of AM2R's log info into the Wikia's trivia sections, I'll probably add to the Alpha Metroid's page the theory regarding the missing Nuclei and the loss of its weakness to cold temperatures. Latinlingo (talk) 06:25, May 6, 2017 (UTC)

The HD pics you've been adding are great, but some of them are ending up deleted as duplicates. You might want to consider uploading over existing images with yours to avoid this. RoyboyX(complaints/records) 05:23, June 23, 2017 (UTC)

I wanted to check if you had intentions to use the following images before they are deleted for housekeeping:

The grapple beam caught my eye as I was clearing some images out. If some were deleted before you got the chance to use them please let me know so I can revive them for you. --Madax the Shadow {ADMIN} (talk • logs • contribs) 07:17, June 23, 2017 (UTC)

Did you get this image in Catacombs or Gathering Hall? I added it to the latter article but I'm not sure if it's from there. RoyboyX(complaints/records) 07:08, February 28, 2018 (UTC)

Hi Doc! Since you've expressed interest in an admin position before, and I imagine we'll be needing more staff in the ramp-up to MP4, I went ahead and nominated you for a position. The RFA page is here, so if you're still interested then go ahead and fill it out + formally accept the nomination. Good luck! -- Bearborg[ADMIN] (talk) 20:47, March 24, 2018 (UTC)

Congratulations on your promotion to administrator! Edit

To help you learn the new tools available to you, review the information located on the how-to guide. Additionally, our wiki has an edit patrol system setup that checks off which edits have been reviewed. Admins and patrollers can use this system by watching the RC feed; any edit that hasn't been patrolled yet will appear as so:

Clicking the "diff" link will allow you to review the changes and "[Mark as patrolled]", thereby removing the edit from the checklist. If you have any further questions, feel free to ask me on my talk page or on the Discord/IRC channel. Happy editing! --Madax the Shadow {ADMIN} (talk • logs • contribs) 01:40, April 1, 2018 (UTC)

Hi Dr. Anonymous1, how've you been?

I wish to inform you of the latest update to AM2R, a big one I should say :)

Features a Fusion mode where the enemies are infected with X Parasites, 12 new logs, secret ending, the return of Blob Throwers and Septoggs which were missing in previous AM2R versions, among other content and changes to the game. Here's hoping you give it a try :)

Retrieved from "https://metroid.fandom.com/wiki/User_talk:Dr._Anonymous1?oldid=245533"
Community content is available under CC-BY-SA unless otherwise noted.