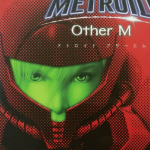 I'm in real need of some objectives now, because I'm consistently never making many edits in a day nowadays. That used to be different what with the red links and then MOM and all. So, you can leave ideas and tasks that you either have yet to get around to doing, or want them to be done but don't want to do them yourself. You know what I mean. --RoyboyX 21:28, October 25, 2010 (UTC)

Hello again RoyboyX, I just might be able to help. Recently, I have had plans to replay the prime trilogy and hunters to find anything we may not have articles for. How I have been doing this (and you can do it this way to if you want) is like this: I scan every little thing possible and if there is somthing like a name to somthing for example, I'll look it up here and if we don't have it, an article for it should be made. I've pretty much finished with hunters, just have to make pages for a few more things, so that leaves the main trilogy. I hope this helped you. By the way, when I said every little thing possible, I mean EVERY LITTLE THING POSSIBLE. We must grow big, biger, biger than even Zeldapedia, WE MUST BECOME A WORLD SUPER POWER, MUHAHAHAHAHAHAHAHA! (just joking :D). Metroid Master 21:43, October 25, 2010 (UTC)

Well, there's two answers to this question:
If you mean our current Monobook skin here on Wikia, part of the agreement with the new color scheme was that the monobook skin would remain black-on-white for people that don't like our default white-on-very-dark-blue layout. Besides, since most people use Oasis/Monaco (for however long Monaco will still be around), it's probably unnecessary to go through and recode the color scheme to Monobook's layout, especially since people that do use Monobook mostly use it for the black-on-white color scheme.
Now, if you mean Monobook as in the default skin if we were to move Wikitroid to an independent site, yes, I probably would then take the time to recode the color scheme. Also, MediaWiki 1.16 and later (1.17 is going to be released soon), which is what we'd use, ships with two "default" skins, Monobook and Vector. Vector is the default skin on Wikipedia (and other Wikimedia Foundation sites), which is similar to Monobook in many respects, except that it is also compatible with Wikipedia's actually pretty good WYSIWYG editor. But, if we were to move to an independent site, I (or we) would (or should) take the time to adapt our color scheme to whatever skin we chose as default, Monobook or Vector. --FastLizard4{ADMIN} (Talk•Contribs•Logs) 08:10, October 27, 2010 (UTC)

Just so you know, something is really messed up with it. I went to it's talk page, and it redirected to piano music. Just thought you ought to know. --DekutullaZM 22:18, November 1, 2010 (UTC)

I'm going to RfA again this month. Are you all just going to oppose me because you can't get over the C&C issue? To MG, the time where you and RAN chewed me off in the IRC channel is past. I haven't been in any major disputes lately (RAN, the pirate chat thing shouldn't count) and I'm actually discussing some things. --RoyboyX 00:11, November 4, 2010 (UTC)

Nope. I was a little pi- I mean angry that I couldn't use the computer for shi- crap anymore.... (Gotta stop cussing again... Don't want the syssies on my back over that again... Like in here...)

Oh, and I looked through some of your talk page trying to get some information but this story has way too many sides... I'll need a day of solitary confinement staring at a computer screen. Wonderful.... TerrorDactyl (Talk • Contribs) 14:16, November 7, 2010 (UTC)

Well, I'll give you the short version: C&C RfC closed in my favor, new policy enforced, I was accused of wrongfully deleting a certain page against the policy, lashed out, was revoked, tried an RfA a while later, it failed, tried another one that is probably likely going to fail again unless everyone that opposed changes their mind or I get a ton more support Please promise me you will support... And if so I will likely get banned because they won't trust me not to run again in December OH HOLY FUCK ALREADY JUST GET OVER THE RFC AND HOW I COULDN'T CONTROL MYSELF OKAY IT'S OVER AND DONE NOW FORGIVE ME... I'm all right, I'm all right... --RoyboyX 14:20, November 7, 2010 (UTC)

Well, still, I oughtta know the whole story because I saw that there was waaaayyyy more to that story just two pages back in your talk archives. I'm sorry to say I'm going to have to remain neutral, and root for you from afar. This is none of my business as I pretty much missed the whole thing and came back at the climax. Way to watch five minutes of a movie, uh? TerrorDactyl (Talk • Contribs) 14:28, November 7, 2010 (UTC)

Well, I can count alot of people that sure as hell don't hate you right now. Me, the Metroid dudes... Walrus. They didn't seem to care. And who needs sysop rights? All you need is to ask a sysop to do something for you and do what you can. Plus, this gives you more time to map out Other M. (Which, btw, I hate.) So relax. Maybe this is a good thing. How about you just spend this time gathering large amounts of information from Other M. What about those sprites you wanted to rip? And what about the Hyper Beam sprites I asked about so long ago? Why don't you get some of that out of the way with your extra time? Just consider it. TerrorDactyl (Talk • Contribs) 14:52, November 7, 2010 (UTC)

Reckon you could tip me off if you find any articles without Logbook templates? You could make a little category for it if you want. That would be really helpful. HellKaiserryo12[ADMIN] (Talk•Contribs) 18:52, November 8, 2010 (UTC)

I just recently got promoted to patroller status on Aliens wiki but I'm not sure how you do that. How do you patrol edits? Nexus11 01:54, November 9, 2010 (UTC)

Thanks, man! Drop by if you get the chance!

Thanks man! I really like your fanons too. And, it's actually not xenopedia. Its the Alien Species wiki. Everyone makes that mistake. Nexus11 02:32, November 9, 2010 (UTC)

Yes! I have made it back to Wikitroid, I missed this place so much, ive just been really busy lately. Anyway, I noticed the editor is using this complex code thing (is it called the rich text editor?). Is there a way to change it to the other type of editor (I don't remember what its called). Thanks. Metroid Master 03:23, November 9, 2010 (UTC)

If the editor has different buttons and you can see pics in edit mode, chances are the answer is yes. There's some option that you can choose that will change it back. I don't remember what it is exactly. --RoyboyX 13:09, November 9, 2010 (UTC)

whatever there buddy. These are MY images. MY work. I'm not trying to make myself look big. If you want to use MY work on this wiki you are going to credit me. If not, take down all of MY images that I did for the Mdb. :)VGMStudios 22:33, November 11, 2010 (UTC)

Did you ? I have yet to find it. Please show me where it is? I just would like to be credited for my work. Besides these images were for the Mdb. No one asked me if they could be used. I dont mind that they are. I just want my work to be acknowledged. thanks. :)VGMStudios 22:33, November 11, 2010 (UTC)

A question to everyone

I was in the process of using AWB to annihilate the rest of the missing talkheaders, but I've just been banned from the IRC channel, forbidden to use AWB and if I do, I get banned here too.

Although we've had more than our fair share of disagreements here, I would still feel compelled to support you in remaining on the site due to your increadible dedication and knowledge of Metroid data. Although I have no doubt I would be implimenting a lot more of my ideas for what the site should look like if you were absent from it, that would be a terrible loss to the overall level of detail and I would have nobody to question my work or keep me honest about it. And I most certainly don't want that. You have my full support.--AdmiralSakai 02:47, November 17, 2010 (UTC)

Roy, I swear to god if they ban you, it's their loss. You're intellect has really been a big part of this wiki for a long time; for better or for worse, your contributions have enhanced this wiki's variability in theories and information, providing enough for one to make one's own choice on how to interpret Metroid itself. It would be, as AdmialSakai says, "a terrible loss to the overall level of detail" of Wikitroid itself. Your old friend, --TerrorDactyl (Talk • Contribs) 21:08, November 21, 2010 (UTC)

Dude, stop making talk pages. It is an abuse to get achievements, and unless someone has something specific to say on the matter, a talk page is not necessary. If you do not stop, I will alert the head admin. SethOmega 02:55, November 25, 2010 (UTC)

In RBX's defense, this wiki has no achievements, so, in that respect, it really doesn't matter. That said, RBX: Since someone has now complained, you must stop creating empty talk pages with talkheaders. This is because you have no policy or consensus to back you up, so when someone complains, it puts you in the wrong. If you want to continue creating the blank talk pages with talkheaders, you'll need to re-ignite the RfC and get a consensus in your favor. --FastLizard4{ADMIN} (Talk•Contribs•Logs) 08:30, November 25, 2010 (UTC)

Also, don't just write one because you don't want me do this and just want to ruin another one of my slaughter plans. You have to follow an RfC and policy too, isn't that right? And currently, there is no policy. So thus I am free to continue doing this. You can block me forever, you can delete the talkheaders, but you can not deny that I am right. --RoyboyX 13:16, November 25, 2010 (UTC)

Seems like you're just trying to accumulate edits. If you want me to run an RfC to stop you doing this then so be it. This isn't the sort of behaviour I expect from someone who thinks they are mature enough to be an admin. HellKaiserryo12[ADMIN] (Talk•Contribs) 18:38, November 25, 2010 (UTC)

Stop arguing NOW!!!!! Royboy, it is absolutely wrong to contribute purely for the racking up of contributions. In addition, arguing over something as trivial as making talk pages and being a smartass is DEFINATELY NOT going to gain you support in RfA! What brought that kind of state of mind to you! Get your head out of your ass and think about what you're saying!

In RBX's defence, I agree that talkheaders are a must on every talkpage; someone willing to talk on said talk page may abuse the page they are on unknowingly without such a device as a talkheader. Therefore, I believe every talk page should be created ASAP with talkheaders. That said, this should not be abused purely for contibutions. Therefore, talkheaders should be made as needed. And I hope Roy isn't involved in ANY MORE TRIVIAL arguments such as a meager thing such as this NONSENSE. Respect your elders, Royboy, and if you have something to say, debate it in an RfC! TerrorDactyl (Talk • Contribs) 20:40, November 25, 2010 (UTC)

Retrieved from "https://metroid.fandom.com/wiki/User_talk:RoyboyX?oldid=122317"
Community content is available under CC-BY-SA unless otherwise noted.