A Vaporwing (as named in game files) is a model of machine present in SkyTown, Elysia. They appear to be flashing rings, and float about with no noticeable forms of propulsion. They can be shot, and when they are, they explode. One notable location where they can be found is Arrival Station. These mechanisms have an unused Logbook entry in Metroid Prime 3: Corruption that indicates they were intended to have more use. 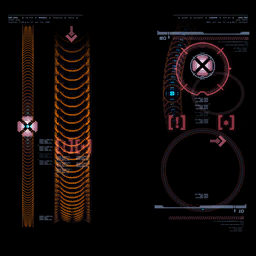 Vaporwings were created by the Steamlords as pets.
They have since gone rogue, and now run wild in SkyTown.
They are named for the wake of energized gas they leave behind in flight.

Logbook model, with animation.
Add a photo to this gallery
Retrieved from "https://metroid.fandom.com/wiki/Vaporwing?oldid=257269"
Community content is available under CC-BY-SA unless otherwise noted.