A Viola is a creature that appears in Ridley's Lair in Metroid, Metroid: Zero Mission and in Super Metroid.

A Viola resembles a living fireball with what appears to be a sneering or grimacing facial expression. They can be blue or orange in color, with the latter being stronger than the former; in Super Metroid, only blue Violas appear. Normal ones have the same wall-crawling behavior as several other lifeforms.

Violas are the larvae of Multiviolas, a more powerful enemy found throughout Norfair. With the exception of Super Metroid, Violas are only found in Ridley's Lair, suggesting these younger specimens may be safer in the lower depths of Norfair.

"These are Multiviola larvae and they crawl along the ground. It takes two blasts of the normal beam to destroy the blue ones and four blasts or one missile blast to destroy the yellow ones."

"These Multiviola larvae creep around the floors and ceilings. The green ones take two shots to beat, while the yellow ones take four." 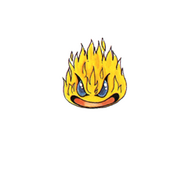 Captain N: The Game Master: Metroid, Sweet Metroid
Add a photo to this gallery
Retrieved from "https://metroid.fandom.com/wiki/Viola?oldid=265310"
Community content is available under CC-BY-SA unless otherwise noted.