Variants of these include the Hive Mecha of the Ram War Wasps, the large Barbed War Wasp nest in the Burn Dome, and the hives that contain Barbed War Wasps in the Ice Hive on Arcterra. The Burn Dome nest is cremated during the Incinerator Drone battle.

These hives serve exactly the same role as Gragnol Hives from Metroid Prime 3: Corruption, and Fly Pods from Metroid: Other M, which continuously spawn weak flying bioforms until the Hives are destroyed themselves.

In Metroid Prime, War Wasp Hives are simply known as Hives due to the lack of other hives. They are also named Flitter Hive in one instance in the Metroid Prime Official Perfect Guide. 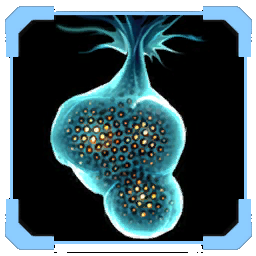 Primary War Wasp dwelling. Only vulnerable to heavy weaponry.
War Wasps build their homes over crevices, using whatever materials are close at hand. They carry building fragments back to the construction site with their forelegs and glue them into place with adhesives secreted from their abdomens.

War Wasps require considerable amounts of sleep after a long hunt. They weave a protective hive from organic fluids they secrete themselves, then crawl inside to rest. Though safe from most predators, the hives can be damaged by explosive weapons.

Prime
"Structure: Ruined War Wasp Hive.
War Wasps are resourceful insects. The destruction of a hive will not deter the survivors from rebuilding a new home. Surviving War Wasps will defend new sites with their lives until the hive is complete."
Echoes
"Morphology: Destroyed War Wasp Hive
Compromised insect dwelling.
This hive has been heavily damaged. Only remnants of cocoon remain." 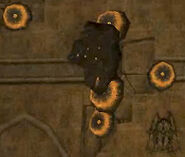 A destroyed hive on Tallon IV.