Wikitroid
Register
Don't have an account?
Sign In
Advertisement
in: Featured articles, Articles with non-canonical information, Zebes,
and 14 more
English

Any weapon
Zoomer (ジーマ, Jeema?) is a species of semi-spherical, hard-shelled creatures with spikes along their backs.

Zoomers are the first creatures ever encountered in the series. They originally only appeared in two colors: yellow and red. Zoomers are found on a wide variety of planets, with various distinct physical features and adaptations. For example, the Zoomers located on Tallon IV have gray shells and 18 eyes. Zoomers in the Tetra Galaxy have a body type similar to Tallon IV Zoomers, but with reddish carapaces and two eyes similar to Zebesian Zoomers.

In all of its incarnations, the simple-minded Zoomer is capable only of walking in set patterns. It will not directly attack Samus: she must instead accidentally or intentionally touch one in order to take damage. As such, they exclusively feed on corpses of other creatures instead of attacking live ones.

The Metroid Prime Hunters logbook entry for the Zoomer states that it was the primary transmission vector of a Flesh-Eating Bacteria on Zebes, which caused the extinction of many native species.

The more resilient Geemers are an evolutionary offshoot of the Zoomer family. They often share habitats and can be found on the same planets. By extension, Nintendo Official Guidebook for Metroid Other M also establishes Snomers and Sovas to be other related species.

The original Metroid for the Family Computer Disk System introduced the species named ジーマ, which was renamed "Zoomer" when the game was localized for the Nintendo Entertainment System. When Super Metroid was released, the species's Japanese name remained unchanged, but its English name was changed to "Geemer", a more accurate romanization of the Japanese name. The internal data of Super Metroid still refers to Geemers as "Zoomer", but all official published media adopted the new "Geemer" name. Several other species, such as Menu and Sova, likewise had their names changed, with the new name effectively retconning the old name.

However, Metroid Prime reconciled the old "Zoomer" and new "Geemer" names by canonically establishing both as related species of single evolutionary family. This distinction is continued through subsequent English releases of the 2D Metroid games. When Metroid was remade as Metroid: Zero Mission and later ported to the Game Boy Advance as part of the Classic NES Series, these appearances retain the old "Zoomer" name; similarly, when Nintendo of America tweeted Metroid artwork for its 35th anniversary, this species was once again called "Zoomer".[1] Furthermore, its appearance in Metroid: Other M, which is based on its Super Metroid design, uses the new "Geemer" name.[2] Therefore, while the Japanese canon considers Zoomers and Geemers to be the same species with the same name (except in the Prime series), the English canon considers them separate species with distinct names.

However, this means that untranslated Japanese media (such as Victory Techniques for Metroid or Metroid: Zebes Invasion Order) will always refer to the species as ジーマ, which can refer to either Zoomers or Geemers. In this instance, the media's context will be factored in when determining whether the creature should be considered a Zoomer or Geemer. For example, since Zebes Invasion Order is based upon the original game (which only featured Zoomers), then its creatures will be considered Zoomers.

In Super Smash Bros. Ultimate, the Zero Mission artwork of a Zoomer is referred to as a Geemer, which unfortunately muddles the previously-established distinction between Geemers and Zoomers in the 2D games. However, material directly from the Metroid series should be considered "more canon" than Super Smash Bros., which is known to make a few factual errors.

In Deceit Du Jour, there is a talking red Zoomer serving Mother Brain on board the mechanical asteroid, Metroid. Unlike the canonical Metroid series, this Zoomer is depicted as sapient, and is able to speak and hold a blaster.

Another red Zoomer appeared on the cover of a Captain N: The Game Master issue. One purple Zoomer is a prisoner of RX 338, while a red Zoomer is among the enemies attacking Kid Icarus in A King of Shreds and Patches.

Zoomers are featured prominently in the Catch Mode of Tetris DS.

Although the Geemer appears as a Spirit in Super Smash Bros. Ultimate, it uses the artwork of a Zoomer from Zero Mission.

"These fierce little creatures spray sticky fluid from their feet so they can move along the floor or up and down walls. There are two kinds: red zoomers and less powerful yellow zoomers."

"This organism excretes a mucus from its legs while crawling on the rocks. The yellow Zoomer can be destroyed with two shots from the normal beam. The red ones are destroyed with four."

ZOOMER
"The first enemy Samus meets. He approaches by crawling along the floors and walls." 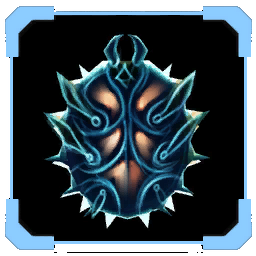 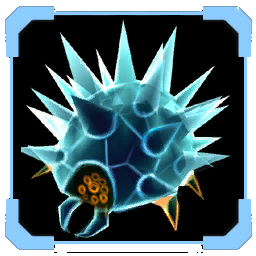 Morphology: Zoomer
Anchors itself to walls and other surfaces. Avoid contact with spikes.

A basic nerve center located directly above the Zoomer's mandibles detects nutrients. Sharp spines protect it from casual predators, but the lack of a reinforced carapace makes the Zoomer vulnerable to any indirect attacks.

Best known for breeding rapidly and carrying disease, ZOOMERS are responsible for the spread of flesh-eating bacteria on ZEBES, resulting in the extinction of many native species.

A basic nerve center located directly above the Zoomer's mandibles detects nutrients.
Sharp spines protect it from casual predators, but the lack of a reinforced carapace makes the Zoomer vulnerable to any indirect attacks.

"Zoomers anchor themselves to walls and other surfaces. Basic nerve centers located directly above the mandibles are able to detect nutrients which the Zoomers digest. Sharp spines protect them from casual predators, but the lack of a reinforced carapace makes them vulnerable to more persistent foes.

The Zoomer is protected by a spiny shell which covers a basic nerve center located directly above the mandibles."

"These fierce little creatures excrete a sticky liquid from their feet, allowing them to move up, down, and across floors, walls, and ceilings. There are two kinds of Zoomers: red ones and yellow ones. Red ones are much more powerful."

A sprite of a Zoomer from Metroid 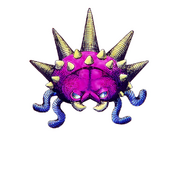 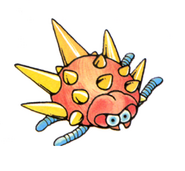 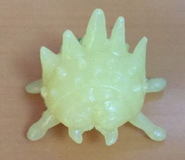 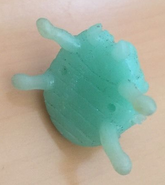 Model of a Zoomer from Metroid Prime

Zoomers in Transport Tunnel A 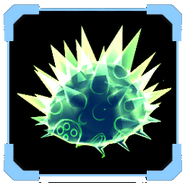 The scan image seen on the Orpheon. 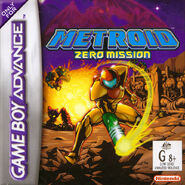